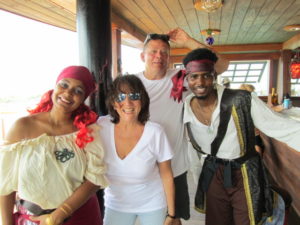 Live the Adventure of a Modern Day Pirate!

Today’s pirates can be found on the island’s ONE & ONLY PIRATE SHIP-Blackbeard’s Revenge. On-board, our guests relive a true, modern-day pirate adventure with live dramatizations of the revolts and plunder of PIRACY! Men, woman, and children of all ages become our new pirate recruits, and receive all the necessary training on how to become a true pirate as we cruise through Nassau’s Harbor and Paradise Island! 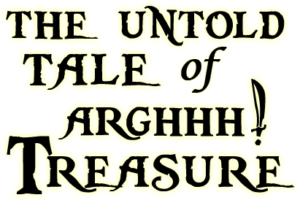 The era of piracy in the Bahamas began in 1696.
Privateers would plunder Indian Empire trade ships,
and brought their ships loaded with loot into
Nassau’s harbor. They were known to have
bribed their way in with gold, silver and gun powder.
In return, Nassau was established as a base – where pirates could
operate and travel through safely! 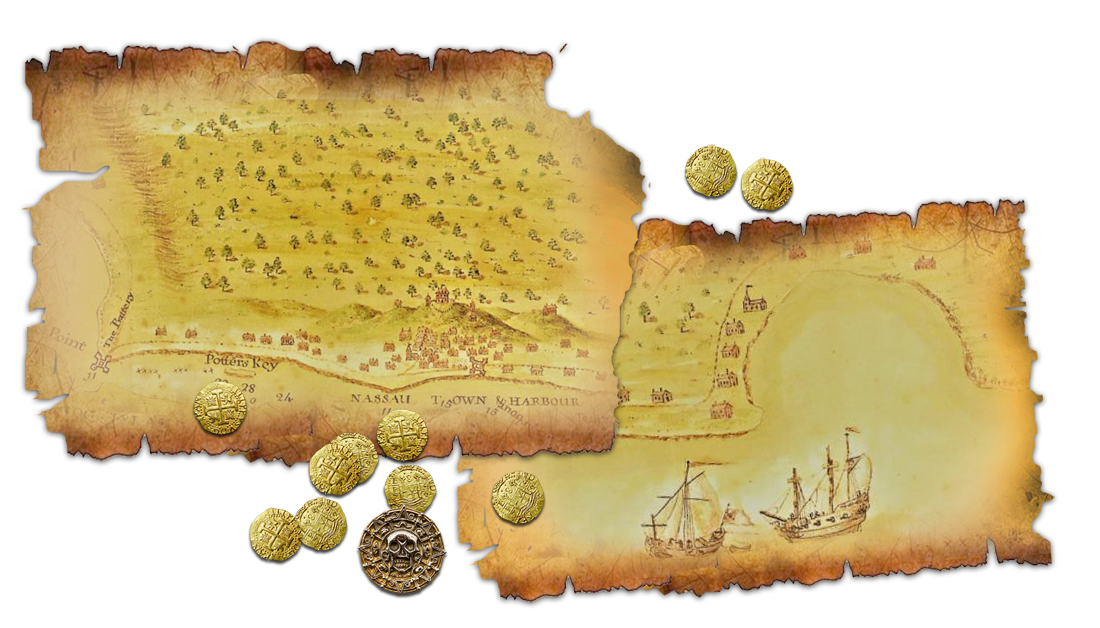 My given birth name is Edward Teach.
However, I am identified as Blackbeard.
I am the most infamous pirate who has ever touched these seas and my tales shall never be forgotten!

I’ve sailed these seas. I once owned these seas.
To Date, my treasures are still hidden within these seas.
But I have returned to claim what is mine.
I am Blackbeard and this is my revenge!’ 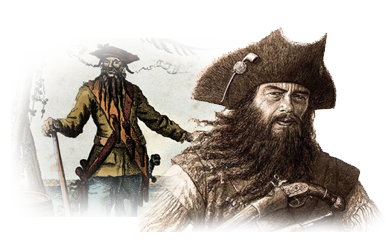